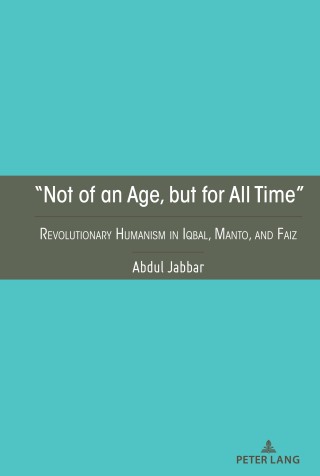 The world can derive much enlightenment from Muhammad Iqbal, Saadat Hasan Manto, and Faiz Ahmed Faiz—three of the greatest twentieth-century authors featured in this book. All of them believed and taught through their writings that the world should be led by principles that transcend territorial, religious, and cultural divides and serve the essential needs of all human beings. Iqbal’s works teach us that without infusion of compassion and justice in the world’s political and economic systems, the noble ideals of liberty, equality, and fraternity will remain out of reach. Like Iqbal, Manto and Faiz also wrote to give voice to the systemically excluded segments who are oppressed by one system or another. All three authors’ works are an invitation to the victims to rise up against oppressive systems, break the chains that bind them, and claim their rightful place. This book also demonstrates through the works of the selected three authors that the only enduring foundation for human civilization, as well as the primary linking force, is love, empathy, and compassion. If built on that foundation, our world can easily find ways to solve our economic and political problems that so often erupt into flames of war.

Abdul Jabbar received a Ph.D. in English from Case Western Reserve University in Cleveland, Ohio, and is currently Emeritus Professor of Interdisciplinary Studies at City College of San Francisco. The recipient of a Fulbright scholarship and two National Endowment for the Humanities awards, Jabbar is the author of Reading and Writing with Multicultural Literature.