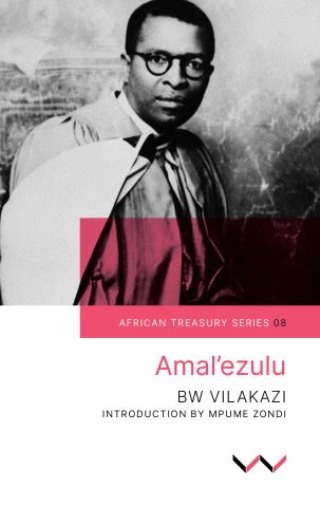 Amal’ezulu (Zulu Horizons), first published in 1945 in the Bantu (later, African) Treasury Series by the University of the Witwatersrand Press, was the second volume of poetry produced by the renowned Zulu author B.W. Vilakazi. It was written during the ten years he spent living in Johannesburg, in ‘exile’ from his birthplace, KwaZulu-Natal. The poems in this collection represent a turning point in Vilakazi’s life; they express yearnings for the beloved land, animals and ancestral spirits of his rural home, as well as expressions of deep disillusionment with the urban life he encountered in the ‘City of Gold’, and in particular the suffering of the black miners who brought this gold to the surface but never experienced the benefits of the wealth it produced for the mine owners. Vilakazi was deeply conscious of the subhuman system that held these miners in its grip, and gave voice to their suffering in many of the poems in the collection, in particular the now famous poem ‘Ezinkomponi’ (‘On the mine compounds’).
Renowned as the father of Nguni literature, Vilakazi was both a traditional imbongi (bard) and a forward-looking poet who could fuse Western poetic forms with Zulu izibongo (praise poetry). In these poems he assumes the role of the voice of the voiceless, and gives poignant expression to the stoic endurance of those caught up in the brutalities of capitalist exploitation of African labour, and the appalling injustices of the migrant labour system.

Benedict Wallet Vilakazi (1906–1947) was a poet, novelist, and the first black African to be awarded a PhD and to tutor at the University of the Witwatersrand, Johannesburg. In 2016 he was posthumously awarded the national Order of Ikhamanga – Gold.